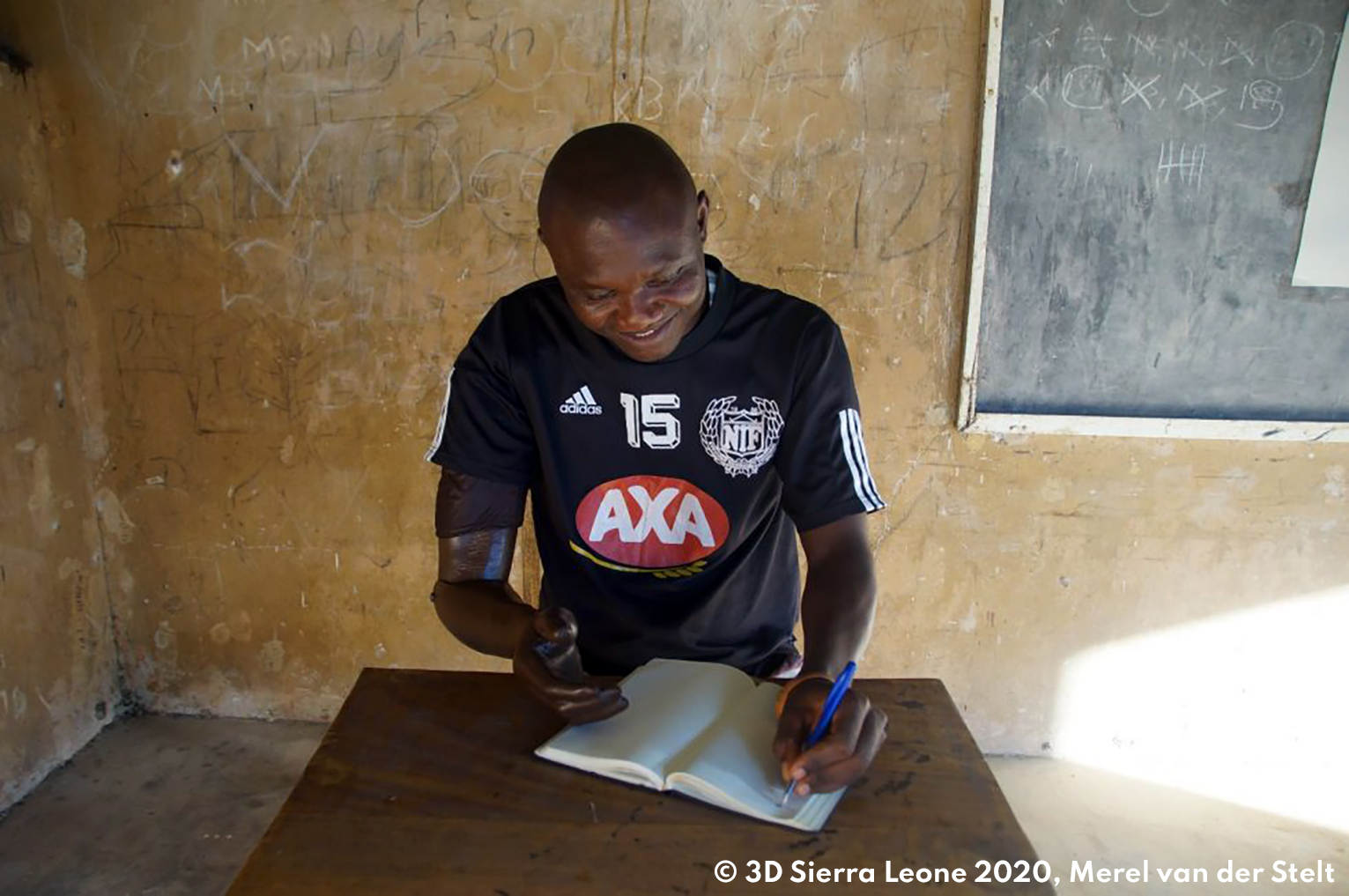 My name is Melissa van Gaalen and I went to Masanga hospital in Sierra Leone from August to November 2019 to continue the project. During this period, I met Samuel Teddykamara, one of our patients. Shortly after the civil war (1992-2002), he broke his arm during a football match in a rural village in Tonkolili District. Due to the fact that there were hardly any good medical centers in this area and there was no transportation to take him to the hospital, he went to a local traditional healer. The traditional healer repositioned the bone, tied herbs around the arm and instructed that nobody should untie the arm for three days. After two days, the condition of his arm deteriorated and he went to the Government Hospital in Magburaka, where the doctors decided to amputate the arm.

Together with the local physiotherapist, we made a 3D-printed arm-prosthesis for Samuel. Both aesthetics and some degree of functionality were important for Samuel: he told us that he would like to become a teacher without being laughed at and he wanted the prosthesis to bend, so he was able to put his arm on the table while writing.

Every time Samuel came to Masanga, he was together with his friend Idrissah Conteh. Idrissah lost his arm as well and they both received a 3D-printed prosthesis. They were very happy and satisfied and Samuel shared his story with us.

I was that child that was the athletic type, very active and strong, but fate has reduced me into a partially dependent person for the rest of my life. In my village I was part of the soccer team and in most of the games we were playing if I was not part of it both the fans and team mates will protest.

Losing one of my body parts brought untold suffering and total setback to all my dreams and aspirations of a future career that would have brought me money, satisfaction, independence, and better achievement. Sometimes I don’t even want to think about it because the thought of it would bring fresh and renewed tears in my eyes. It took me several years to recover from the shock and trauma.

The community and especially the youth were seriously impacted by this incident as well, because it led our team to disintegrate for fear of a repetition of the same incident that occurred to me. We also learnt a lesson that whenever somebody has an injury of that sort we rush him to the hospital right away because we now believe that in the hospital, there are trained and qualified medical practitioners who can administer treatment without hate.

The artificial limb you provided me is useful and sometimes gives me the impression as if nothing was wrong with me. I am really grateful to you and the team for providing it for me. 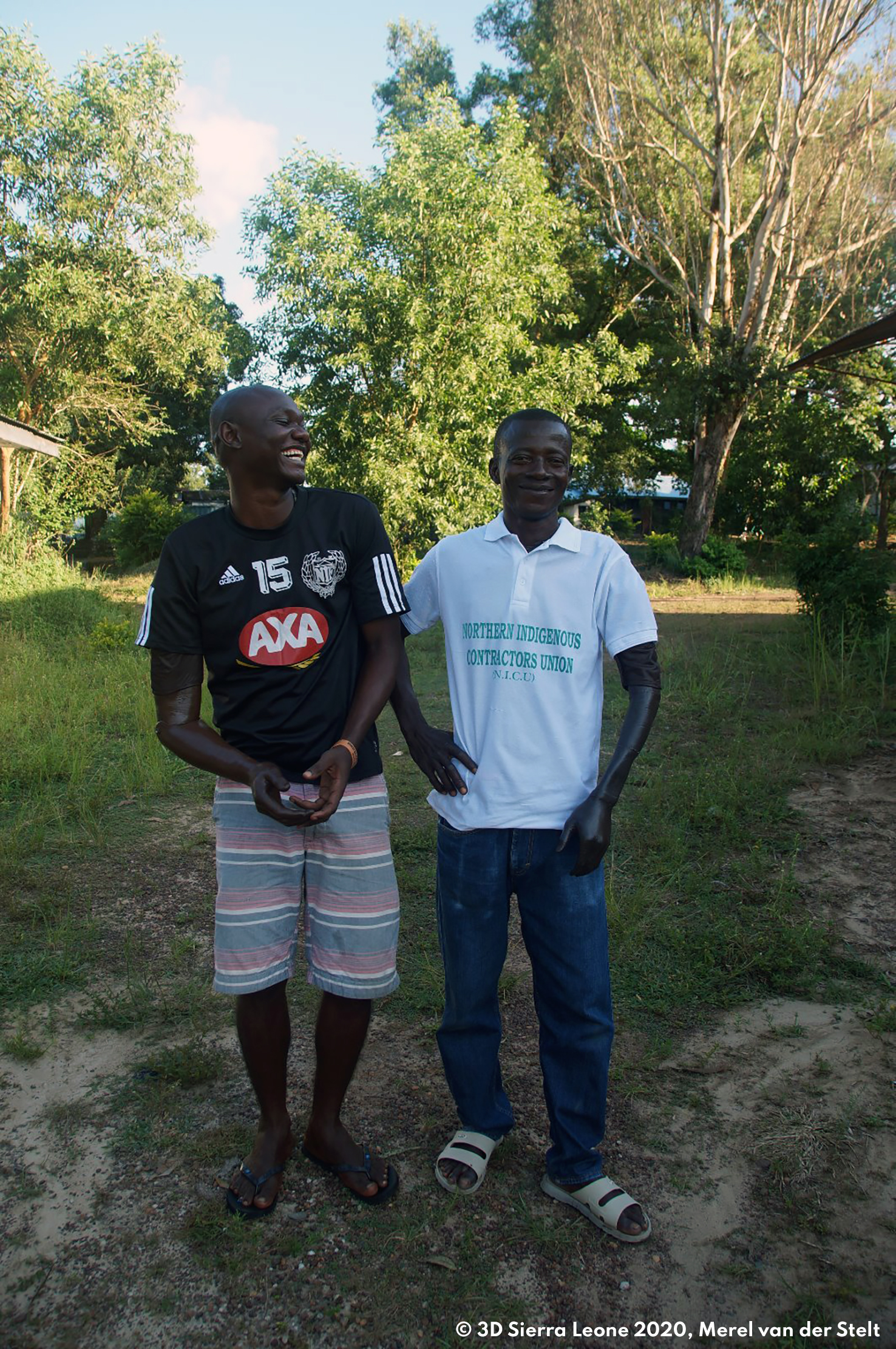